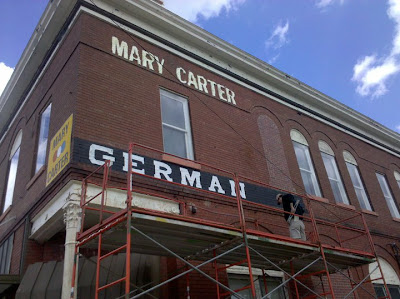 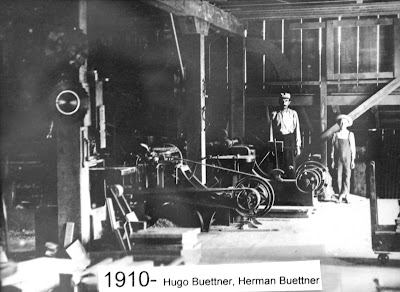 `Making a phone call in Cullman used to be like picking up the phone in Mayberry and talking to Sarah the operator.

"Aunt Clara, I need to talk to Uncle Herman," Richard Buettner said he used to say when his aunt worked at the telephone company. She'd patch him through without needing to get an exchange. 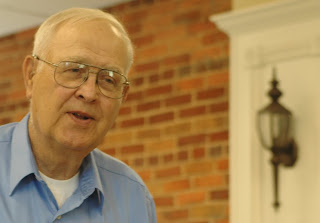 umber in Cullman in 1886. The company, known for its iconic green benches seen around town since the 1950s, has been through many iterations since that time.

The company once milled its own lumber, taking the sawmills out into the woods and moving them as needed. They've built everything from chicken coops, beehives, furniture, showcases, church pews and shell homes like Jim Walter. Their screen door business suffered when Lowe's moved in, but picked back up after people discovered the cheaper ones didn't last as long.

Throughout the years Buettner Bros. also has manufactured beer dispensers, miniature pool tables and even a device to hold cluster bombs for the military.

Buettner Bros. opened a Gardendale store in the 1970s, but has since sold it. And as for the famous whistle that used to be heard throughout town, Buettner says the store still has it, but no longer produces steam with which to blow it.

Currently, the business is being run by a fifth generation. 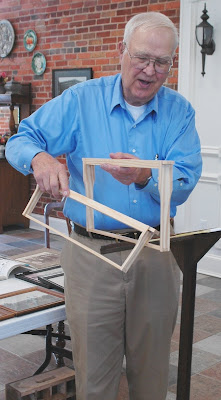 Richard Buettner displays parts from a beehive. As a child he was paid a penny a piece to nail them together.
Posted by Owen Tew at 4:36 PM No comments: 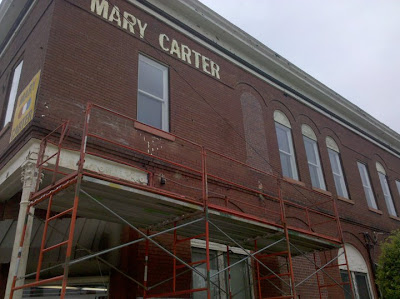 The Mary Carter building in downtown Cullman was originally home to the German Bank. Scaffolding has gone up as part of the historic murals project, and Mary Carter owner Raymond Young reports that he believes the artist will be painting signage from the old German Bank onto the building.

A picture of the German Bank is also part of artist Jack Tupper's mural across the street from First Baptist Church. 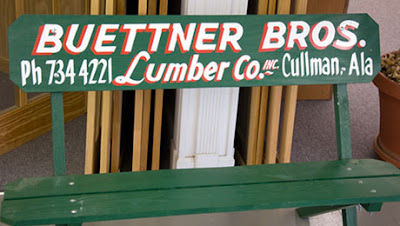 Artist Jack Tupper is currently adding a mural of Cullman's first fire station to his collection of Cullman in the 1800's murals. 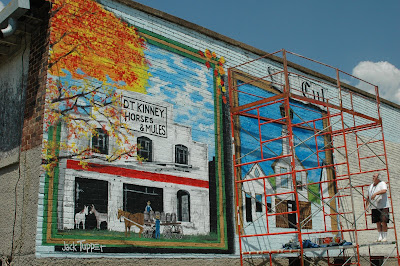 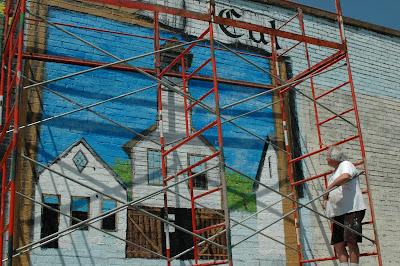 Posted by Cullman County Historical Society at 1:00 PM No comments: 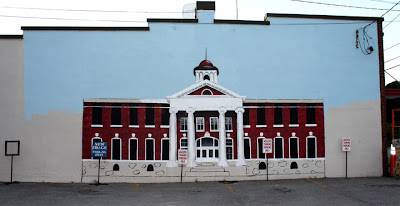 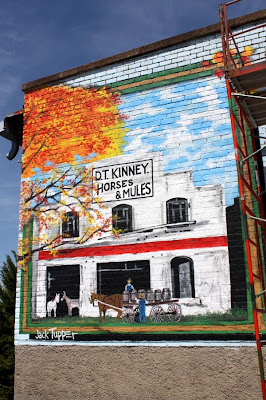 Posted by Cullman County Historical Society at 10:30 PM No comments:

The Cullman County Historical Society is seeking to document information about the "Sign," which allegedly hung in Cullman at one time and which has negatively impacted our image for decades, most recently in a New York Times Magazine article.

If you have knowledge of this sign, where it was, what it said, how long it hung, and expecially if you pesonally saw it, please send a letter to the society at P.O. Box 804, Cullman, AL 35066.

You do not have to give your name or identify yourself unless you would like to further discuss your information with a member of the society. This will be used for historical purposes only and is a major issue of Cullman County's history. We welcome all input.
Posted by Cullman County Historical Society at 10:17 PM 1 comment: