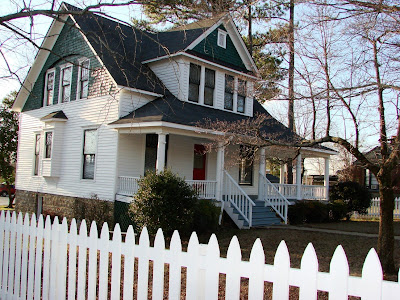 The March 13 and 14 meetings of the Cullman Founders Heritage Society are especially important. At those meetings, Maddie Page, owner of Uber Mark Public Relations, is going to introduce her idea for a new fundraiser for the society – an annual birthday party of Colonel Cullmann.
Thus begins ‘Murder at the Hayes House,’ the latest production of the Cullman County Historical Society. The dinner mystery theater promises a mix of one part history, one part humor, one part mystery and one part fine dining.
Guests of the Cullman County Historical Society’s first Murder Mystery Dinner Theater will enjoy that unique mix of humor and history on Friday, March 13, and Saturday, March 14, at the historic Hayes House.
Birmingham writer Lynn Edge has tailored a mystery to include characters from Cullman's past, said historical society president Dot Gudger.
Characters will be seated at tables, eating with everyone else, and the play will take place all around the audience, not on a stage, Gudger said.
"This is the first year we've done this, and we're really excited about it," she said.
Guests will be able to guess who the murderer is from several suspects, and the winner each night will receive a valuable gift basket, made up of merchandise and gift certificates from local Cullman merchants.
Edge has put on similar murder mystery dinner productions at various locations in Alabama, always blending the action with characters drawn from the local area's past.
The dinner theater will begin at 7 p.m. each night. Tickets cost $30 per person. The meal includes chicken or ham, twice-baked potatoes and green beans with a dessert, tea and coffee.
The Hayes House, the former residence and office of Dr. Luther Hayes in the early 1900s, is the historical society's headquarters and is located at First Avenue and Seventh Street Southwest, a block south of the Cullman County Courthouse.
Tickets are available at Southern Accents, 308 2nd Ave. SE, and the Mary Carter Store, 104 4th St. SE. Tickets are limited for each night’s show because of the intimate proportions of the Hayes House.
Posted by Cullman County Historical Society at 7:31 PM No comments: