Cullman in the 1880s mural being restored 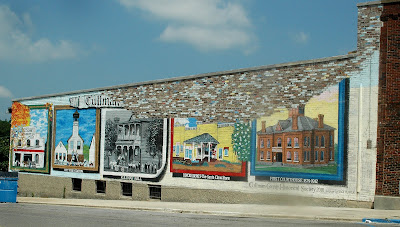 The exterior wall of the building housing the "Cullman in the 1880s" mural, which houses the offices of the Hames Law Firm has been restored after damage caused by the April 27, 2011 tornado. The artist who painted the mural, Jack Tupper, has said he will repaint the portion of the mural that was destroyed. (Click on photos to enlarge.)

Most, if not all, of the original bricks from the building appear to have been saved, as can be seen evidenced in the photo below as Tupper's handiwork appears in haphazard fashion. (It is possible some of the bricks that appear unpainted may be turned backward from their original position, or some may have been lost or destroyed.) 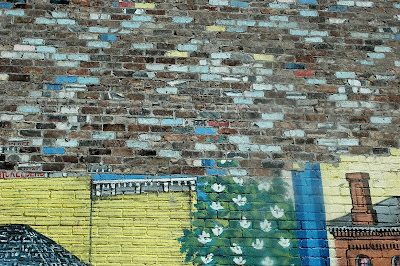 Below are photos of the finished work before the tornado struck and the building after the destruction. You can see the mural at 427 Second Ave. SW. It includes pictures of Kinney Horse and Mule Barn, First Fire Station, Werdt's German Restaurant, Dinckelberg's Santa Claus Store and the First County Courthouse. 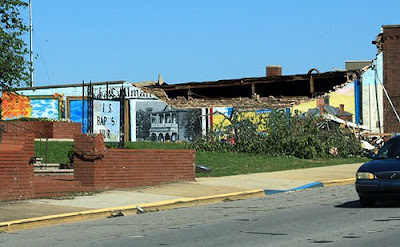 You can find an interactive Google map of all Cullman's historical murals and sites as well as a historical video tour of the city by clicking here.
Follow The Cullman County Historical Society on Twitter here and Facebook here.
Photos: Greg Richter and Bethany Kerr
Posted by Owen Tew at 11:45 AM 2 comments: 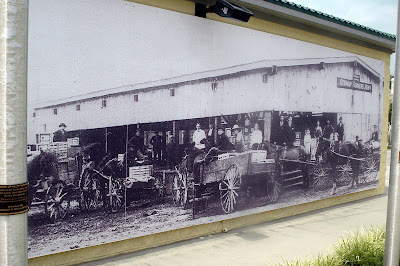 A photo of the old German Farmers Market is the latest mural in the series of murals across Cullman. It is located on the building next to the Festhalle Market Platz at the corner of First Avenue SE and Arnold Street. Find it on our Mural Map. 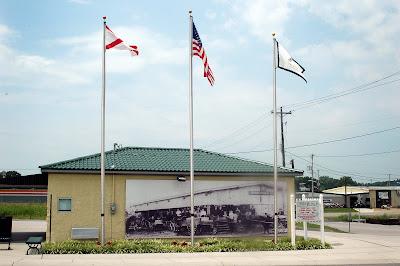