Doyle Bullard, right, leads the meeting in singing "America the Beautiful."
Doyle Bullard grew up on a two-mule farm.

"My dad didn't like horses," Bullard told the May meeting of the Cullman County Historical Society. "He said (horses) were too spirited and would run away with the plows."

A longtime educator in Cullman, Bullard shared his experiences growing up on a farm in the Walter community during the Great Depression.

In addition to those two mules, the 40-acre Bullard farm had Jersey cows, hogs and yard chickens, but no electricity until 1938. Bullard's mother bought most supplies from one of three "rolling stores" that came through.

"Actually, we didn't have money to buy anything," Bullard said. His mother bartered the butter and eggs she'd collected that day.

Iced tea and lemonade were treats, the ice obtained by chipping it from a block bought at the Cullman Ice Factory. The block could be kept frozen for days wrapped inside three layers of burlap sacks and insulated with sawdust.

The Bullards relied on a dug well, though some neighbors had drilled wells or used a hillside stream. Only residents of the city had running water, so farms typically used an outhouse, as did the schools. A No. 3 galvanized wash tub made for a bath, and Bullard usually had to share the same bathwater with his brother.

Cotton was the family's main crop, and every community had a sawmill to serve the nearby farms. Mostly, communities had to take care of everything themselves, from growing their own food to digging graves.

"People were very enterprising," Bullard said. "We had to be if we wanted to survive."
Posted by Owen Tew at 5:03 PM No comments: 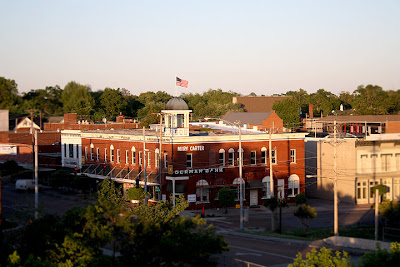 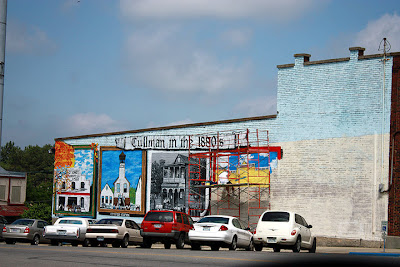 Cullman in the 1880s by Jack Tupper

Doyle Bullard will discuss "A Lifetime in Cullman County."
Posted by Owen Tew at 1:58 PM No comments:

Cullman in the 1880s mural update 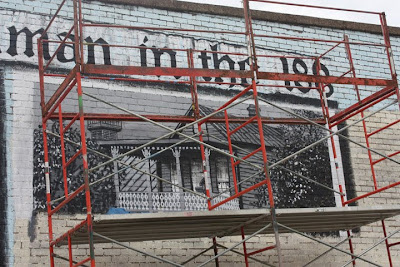 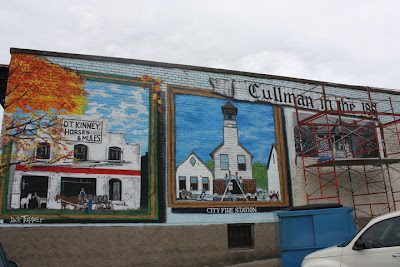